A progressive and a leading company 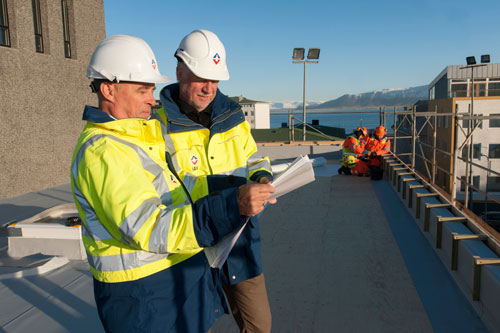 ÍAV is a progressive and a leading company that has an outstanding position in the building and contractor industry in Iceland because of its strong mix of human resources, knowledge, long experience, HSE and quality management system.

ÍAV provides its clients with good and reliable service and a “one stop solution” if requested. The needs of the client and the project comes first and to adopt to that ÍAV has negotiated on various contract forms such as BOQ contracts, construction management contracts or turnkey contracts.

ÍAV emphasizes and ensures a safe but challenging working environment for its workers.

Detailed brochure about ÍAV in English. 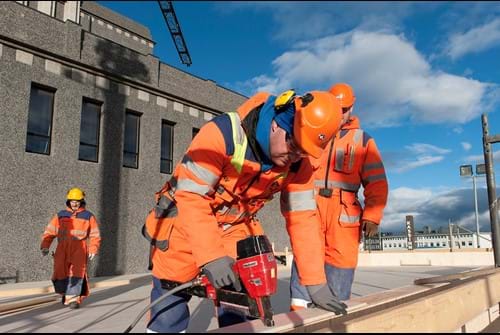 We are building two subsea tunnels at Solbakk in Norway for the Norwegian Public Roads Administration which will be, when completed in 2018 be the longest subsea tunnel in the world for car traffic. Construction is also undergoing an a railway tunnel in Snekkestad for the NSB - Norwegian State Railways.

Among other infrastructures we have built are bridges and airstrips in Iceland and Greenland, tunnels, roads, dams for hydro power plants, avalanche barriers, approach landing light systems and harbours.

We take our work seriously 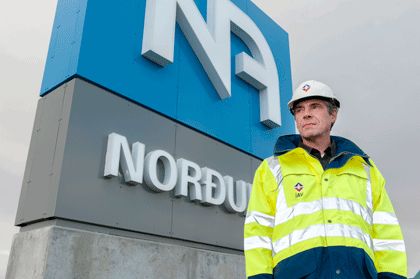 ÍAV is determined to demonstrate care and caution in its interactions with nature and the environment.

The company utilities environment-friendly work methods employing state-of-the-art technology in order to meet the demands of its customers, ensure profitable operations and protect nature. ÍAV´s objective is to obtain certification according to ISO 14001 in the near future.

Safety and the occupational health of ÍAV employees are very important to the company. If measures must be employed at the workplace in order to prevent accidents or health damage to workers, these have first priority.

ÍAV has maintained an active safety inspection process at its work sites for a long time. If such work is to bear results, all workers and managers must be aware of safety issues and the preventative measures that are needed in any given case. It is also imperative that everyone within the company, whether managers or workers on every company site, work in a coordinated fashion on safety matters. Only with such cooperation is it possible to prevent accidents and damage to health of those who work for ÍAV.

ÍAV has been granted OHSAS 18001 occupational health and safety standard in the company at the beginning of 2014 which was updated to ISO 45001 in the spring of 2020. 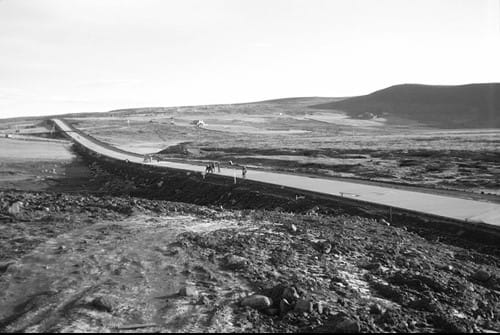 During the first forty years since 1954, IAV or Iceland Prime Contractor as it was then called, had sole rights for all work carried out at the US Naval Base at Keflavik Airport. This included all run- and taxyways, fuel storage, controls, hangars, radar stations and housing for all personnel both in Keflavik and in various locations around Iceland.

In 1997 the company was restructured into its present form, when the exclusivity rights for work in Keflavik were abolished.  In 1999 two civil contractors were bought and merged with IAV to form a general contracting company for the Icelandic market. The company has always had its eye on work abroad and has since been involved with projects in Greenland, Lithuania, Germany and Norway.  Housing development became an important element in the company’s turnover and in the years until 2009 IAV constructed more than 7.000 apartment units.

Infrastructure projects, such as roads, tunnels and harbours, airfields and government buildings have also been an important component of IAV’s projects, in addition to hydropower plants, geothermal plants and various manufacturing facilities, such as aluminium smelters and other industrial buildings. IAV has been involved in collaboration with foreign contractors for several projects.

In 2003 the company formed a Joint Venture with Hochtief, Pihl & Son and Istak to carry out the construction of the Powerhouse for the 700 MW Karahnjukar Hydro Power Plant, an excavated cavern with all associated tunnels. In 2007, IAV formed a Joint Venture with Marti Contractors AG of Switzerland for the construction of the 5,6 km long Óshlíð road tunnel.

The partnership with Marti turned out to be the beginning of a fruitful cooperation that in 2010 culminated with Marti buying all the shares of IAV and Marti Holding AG is now the sole owner of IAV hf.

Today IAV is one of the best selections for those interested in investing in Iceland due to their reputation as an experienced dependable contractor in the Icelandic market. 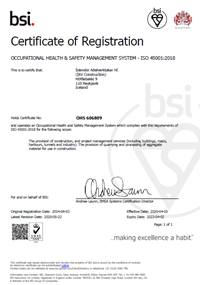 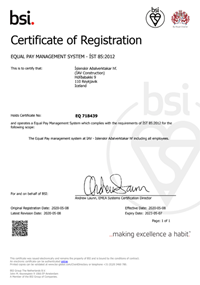 In its projects, ÍAV places great emphasis on quality and, above all, the safety and health of its employees. To achieve these goals, the company has in recent years undergone two international certifications.

The first certificate ensures that all ÍAV's work is carried out in accordance with a certain quality standard set by the standard, and the latter that safety and health issues are an integral part of all ÍAV's projects.

BSi is the certification body of ÍAV in both certifications and visits IAV regularly and ensures that work is done in accordance with the provisions of these standards.

ÍAV is the only contractor in the general construction market that has these certifications and is therefore a leader in this field. 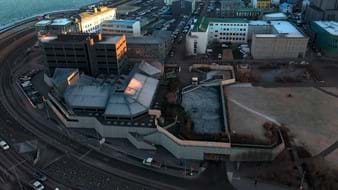 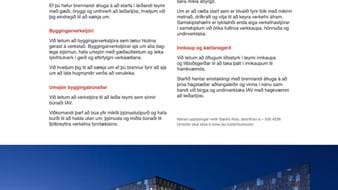 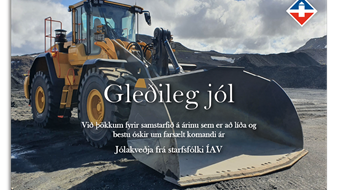 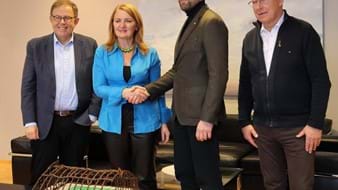 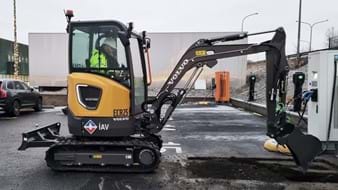